Lengthy, exhaustively detailed, and manipulative, David Fincher's Zodiac's greatest feat is twisting filmic expectation, taking commonplace flaws and utilizing them as strengths. It's long but not self-indulgent; exacting but not distracting; scheming but not controlling. It's almost anti-Hollywood in the way it plays on anticipation, taking an otherwise standard serial killer movie and turning it into a psychological exposé. Unfortunately, eschewing industry norms comes at a price. Zodiac only grossed slightly more than $33 million domestically after peaking at 2,379 locations. 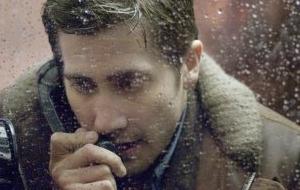 The predominant challenge in undertaking this story is that the murders were never solved. Thusly, Fincher and company had to wrap their narrative around idea instead of action. Still, gripping portrayals of murder do exist and the attention to detail exudes a chillingly realistic air. Within the first forty minutes of the film the viewer will have thrice witnessed retellings of attacks involving real people. There are no elements of artifice here. What adds to the troubling nature of these reenactments is the picture we're given of the victims themselves. They are embodiments of the times' cultural norms, imperfect, but unassuming and carefree. This is an important notion and it is presented appropriately. The film is not about the dead, quite the opposite actually, it is about those who suffer far beyond the scope of the killings. Because of this, it is only apt that little time is paid developing the personalities of those quickly dispensed when the living suffered far longer.

Stories set within the media outlets are a dime a dozen as it affords the filmmakers room to work in themes of how they portray reality. In many cases it's done with a critical tone (Network, Being There, hell, even Tomorrow Never Dies) but here the message is somewhat ambiguous. Implications exist about media influence but in the form of a role reversal. To elaborate, they are no longer exploiting news in order to resonate with the public; instead a regular civilian is manipulating information to affect them. Through a series of letters, our killer informs the San Francisco area papers of his deeds, attaching ciphers to them with supposed clues to his identity, resulting in our key players becoming obsessed with the mystery.

What is amazing is how well the rest of the film works. The cast immerses themselves in their roles, realizing how the actions of others (namely the Zodiac killer) weigh on people differently. This, not the murders, is the film's main course, expanding on the personalities of our characters and exploring the compulsively obsessive human mind. Side themes include art-imitating life, communicable shortcomings, cultural phenomena and commentary on police procedures. Fincher, with immense help from screenwriter James Vanderbilt, ties these all together within the confines of a wonderfully realized cinematic world. His recreation of the Bay area is alive on screen with vibrant colors that, paradoxically, exude a foreboding aura. There is something uncomfortable in the visuals, and I don't mean that from the standpoint of craft, which is commendable. This unease I refer to is how Fincher is capable of encapsulating his themes in this environment and using it to evoke them. The film's aesthetic communicates just as much about the story as any other element. It's like a reopened time capsule, one that grabs those who peer inside, only letting them go once they take everything in. Individuals may find different aspects to cherish, sure, but when all is said and done it's these pieces that make the whole so wonderful; so cohesive.

Paramount has outdone themselves. While they exhibited competence in their BD release of The Duchess, it's with Zodiac that they show the measures they will take to put out a superior product. The image, for all intents and purposes, is flawless. In the way of Fincher, history has taught us that he is willing to tinker with CGI effects when it benefits the story and this film is no exception. Here the digitally generated backdrops blend seamlessly with the actors and props that populate them. The focal range of cinematographer Harris Savides's lens is deep and rich; it feels like there is no limit to how far we can see. Interior shots don't feel crowded and exterior ones don't muddle. In trademarked fashion, Fincher's film is atmospherically dark and the transfer here follows suit but allows the vibrant lights of the 1960's and 70's pop off the screen. That being said, day lit scenes are astonishingly and contrast the claustrophobic darkness of the night's sky quite well.

I took immediate notice when realizing that this Blu-ray release came in a two-disc set due to how much information the BD format can hold. The additional space was certainly utilized here, as the extras are all aptly inclusive looks into the specifics of the movie. "Zodiac Deciphered" is an informative "making of" segment that runs just short of an hour and features extensive commentary from Vanderbilt. Throughout the runtime he speaks on how his vision was transformed into the end product, offering a nice dynamic between what goes into both script and screen. "The Visual Effects of Zodiac" is a surprising ode to how important CGI was in crafting the film's universe. Other interesting featurettes include "This is the Zodiac Speaking" which offers a very thorough look at the factual evidence surrounding the killing. Also enshrouded in fact is a look at the prime suspect Arthur Leigh Allen that delves into even more detail than Fincher's film. All special features are presented in HD.