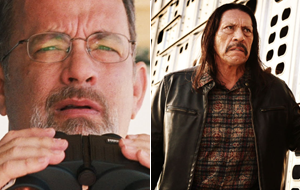 Following the success of Gravity, this weekend is poised to be a busy one for adult audiences at theaters around the country.

- Tom Hanks' star presence has been strongly emphasized throughout the film's marketing.
- Director Paul Greengrass returns to a more mainstream-friendly flick in the vein of the Bourne sequels.
- Audiences' memories should be jogged by the film's depiction of the real life hijacking a few short years ago.
- Adult audiences have been craving something to see, and those that have checked out Gravity already may opt for this.
- Twitter and Flixster activity have been very encouraging.

- Hanks hasn't headlined a (live action) box office hit since 2009's Angels & Demons.
- Gravity's breakout could mute business in the short- and long-term.
- Greengrass last helmed Green Zone and the well-reviewed United 93, neither of which did big business.
- Will having a general idea of the story's end impact audience demand?
- Facebook activity has been sluggish.

- The first film was a modest box office success back in 2011.
- Director Robert Rodriguez has his own fan following.
- Flixster anticipation levels are very healthy.

- Comparable sequels have typically declined from their predecessors' performance.
- Rodriguez isn't a household name. The niche appeal of the film doesn't help.
- Twitter activity is slow.

Check out our forecast for these openers and the remainder of the weekend's top 10 in the table below.