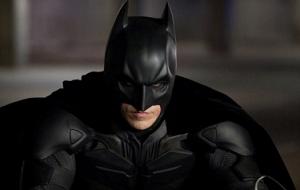 The Dark Knight Rises should have no problem fending off Total Recall and Diary of a Wimpy Kid: Dog Days in order to remain #1 this coming weekend.

Unless a miracle surge happens, it's now clear that The Dark Knight Rises won't match The Dark Knight's $533 million domestic tally. TDKR currently trails TDK by more than $25 million. Yet even though Christopher Nolan's trilogy-capper isn't keeping up with its predecessor, it's still a huge hit. TDKR has more than enough momentum to stay on top during its third weekend in theaters.

As of 5 p.m. PT, Fandango reports that TDKR accounts for 53% of daily sales.

Expect The Dark Knight Rises to make another $37.5 million over the weekend.

Total Recall will have a tough time competing with TDKR for the attention of male moviegoers. Still, the sci-fi flick comes with quite a bit of brand recognition, and the trailers have generated plenty of buzz on Facebook and Twitter. Our expectations remain relatively modest, but this one could end up turning into a surprise hit.

Fandango reports that Total Recall accounts for 7% of daily sales.

Total Recall should take in $23 million from around 3,400 locations.

The Diary of a Wimpy Kid franchise has gained a loyal following since the first movie was released in March 2010. The first film opened to $22.1 million and the sequel debuted to $23.7 million. There's no reason to expect Dog Days to stray too far from that.

Fandango reports that Diary of a Wimpy Kid accounts for 6% of daily sales.

Look for Diary of a Wimpy Kid: Dog Days to grab $21 million from around 3,100 locations.