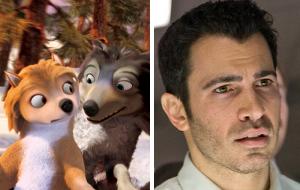 This week, we've added Alpha & Omega, Devil, Easy A and The Town to our Long Range Forecast. All four films are set to hit theaters on September 17.

Lionsgate makes its way into the world of 3D animation with Alpha and Omega. While that space is dominated by the major studios, there should still be room for a mini-major to carve out a niche. It also helps that the rest of the weekend's releases are aimed at teenagers and adults, leaving a need for a family flick.

Devil is being sold using M. Night Shyamalan's name, even though he's only responsible for the story. That's something of a risky move considering that Shyamalan lost a lot of support after three straight duds: The Village, Lady in the Water and The Happening. Still, the trailer for Devil is well made and horror fans are bound to eat it up.

Easy A marks the first starring gig for Emma Stone after delivering scene-stealing supporting turns in the likes of Superbad and The Rocker. Teenage comedies have been more miss than hit recently, so don't expect big things here.

The Town is the second directorial effort of Ben Affleck. There's always room for a well-made drama aimed at adult moviegoers, and the trailer for The Town makes it clear that it is exactly that.

Check out predictions for these films as well as others in the table below.