Transformers: Revenge of the Fallen is off to a very strong start based on its opening day numbers. 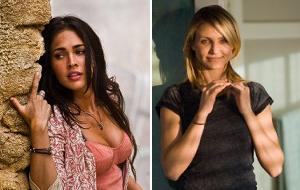 Thursday Afternoon Update (2:46 p.m. PT): After debuting with a very strong opening day, it looks as though Transformers: Revenge of the Fallen is enticing moviegoers even more than expected. Word of mouth will be crucial heading into the weekend and as long as mainstream audiences don't agree with critics, then the sequel should do some extremely solid business.

The DreamWorks/Paramount release was able to help Fandango.com to their best Tuesday and Wednesday ticket sales in company history.


Thursday Morning Update (9:21 a.m. PT): Transformers: Revenge of the Fallen has reportedly grossed $60.6 million on its opening day, which shatters the previous Wednesday opening record of $44.2 million set by Harry Potter and the Order of the Phoenix. Only The Dark Knight has had a better opening day with $67.8 million on Friday, July 18, 2008.

Wednesday Afternoon Update: Without a doubt this week will belong to Transformers: Revenge of the Fallen. Yet My Sister's Keeper also opens this weekend and it will appeal to audiences who are not enticed by the usual summer blockbusters.

Transformers 2 has already grabbed $16 million from midnight and early morning screenings, which puts it behind only The Dark Knight with $18.5 million and Star Wars Episode III: Revenge of the Sith with $16.9 million. After adjusting for inflation, Sith 's haul equals around $18.9 million.

To put that into proper perspective, the original Transformers made nearly $28 million on its opening day, and the sequel will easily eclipse that. Additionally, Transformers grossed $319.2 million domestically before leaving theatres.

The DreamWorks/Paramount release hasn't received the best critical reception, but if there was ever a film that is critic proof Transformers: Revenge of the Fallen would certain qualify as that. Michael Bay is a director perfectly suited to the expectations that mainstream audiences have when it comes to summer films.

Transformers 2 is benefiting from the fact that the last two weekends have been relatively weak, at least by summer standards. At this point, The Hangover and UP are starting to slowly decline, and The Proposal, last weekend's champ, does not represent a direct threat to the desired Transformers 2 audience.

Based on the midnight grosses, expect Transformer 2 to grab an impressive $175 million by the end of Sunday.

Based on a best-selling novel of the same name, My Sister's Keeper is a textbook example of counterprogramming. Coming from the director of The Notebook, another famous tear-jerker, and starring Cameron Diaz, the film should be able to carve its own little niche even though it will be in the shadow of Transformers 2.

While Keeper would have been better suited to a fall release, it should be able to grab around $14 million this weekend while maintaining solid staying power in the weeks to come.