UPDATED: Weekend Predictions: 'The Taking of Pelham 1 2 3' and 'Imagine That' 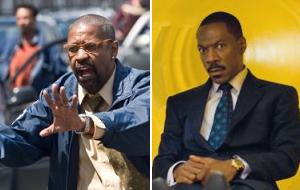 Thursday Afternoon Update (5:10 p.m. PT): Both The Taking of the Pelham 1 2 3 and Imagine That have failed to make a dent in the world of online tickets sales. As of 5 p.m. PT, Pelham was responsible for 9% of sales, and Imagine That was well behind with only 1%. Hangover topped the list with 23%, while UP boasted 18%.

Pelham will appeal to older audiences who won't feel the need to avoid sold-out showings by purchasing tickets online, which means that the weak sales do not mean that the film will perform poorly. On the other hand, films aimed at young children tend to be strong sellers online, so Imagine That 's failure to establish a presence may be a sign of a potentially lackluster weekend.


Wednesday Afternoon Update: The Taking of Pelham 1 2 3 and Imagine That will try to topple The Hangover and UP at the box office this weekned. However, that won't be an easy task considering that Hangover and UP are inspiring incredibly positive reactions from moviegoers across the country.

" Hangover has done really well with audiences because it's gotten a positive response from 71% of users on Flixster, which is higher than average," says John Singh, spokesperson for Flixster, an online movie community with 20 million unique users per month.

"Between Taking of the Pelham and Imagine That, Pelham is definitely the one that seems to be resonating the most with audiences," adds Singh. Although, Singh is quick to point out that Pelham may still have a tough time overcoming the glowing response to Hangover and UP.

The star power of Denzel Washington and John Travolta is a distinct advantage for Pelham, and the title brings some name recognition among audiences old enough to remember the 1974 original.

Pelham is receiving a weak critical response, and it currently boasts a 44% approval rating on Rotten Tomatoes. B OXOFFICE's John P. McCarthy wrote that, "Neither a huge improvement on nor a bastardization of the original, The Taking of Pelham 1 2 3 will transport relatively serious-minded summer audiences on the backs of Brian Helgeland’s script and two formidable lead performances.

While Washington hasn't had as many mega successes as Imagine That 's Murphy has, he's a much more consistent box office draw. For every success such as Doctor Dolittle and The Nutty Professor, Murphy's had a dud. Last year, Meet Dave was able to grab only $11.8 million domestically during its entire theatrical run.

Both Pelham and Imagine That have failed to break into the top five sellers list on Fandango.com and MovieTickets.com, but that should change as the weekend becomes closer.

For now, expect Pelham to debut with around $27 million. As for Imagine That, it could grab as much as $15 million.

Only a few million dollars may separate Pelham, Hangover and UP. Hangover could easily repeat as #1 with around $29 million, while UP should grab around $28 million. The top three spots could end up being filled by those three films in any order.