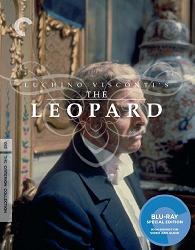 Opulence abounds in Luchino Visconti's The Leopard, a work that simultaneously exposes not only the catalytic convictions that accord class-system capsizing but also how sovereign asymmetries - namely the gap-of-luxury that exists between patrician and plebe - unfairly grant godliness to those in the position of power. In the case of this film, it's the family of Prince Don Fabrizio Salina (Burt Lancaster) who are lauded for their luxury; their regality revered to the point of absurdity. In fact, early in the film the family, in returning to their palace, is welcomed by a rather grandiose greeting of music and mass. They sit together in succession, severed from the obsequious villagers as if to evoke the notion that, even within a chapel's walls, social rank remains relevant. But Visconti doesn't use this as an exemplar of religious pretense - though Fabrizio, on more than one occasion, muses aloud that the church's resolve lies not in the business of saving souls but in being self-sustaining - and instead pans slowly over the family, each drained and dusty from their recent travels, as if to show the noble as ghosts of old; their prestige phantasmically fading to the sounds of revolution that now overwhelm the countryside.

Though this isn't to say that film functions only as an indoctrinated account of Italian unification, as the period, and collapse of monarchal reign, is used as a trope for the acceptance of social shifts at large. At the heart of this motif is the prince himself who, despite having an inherent interest in perpetuating his family's power, is slowly coming to terms with how trifling such tradition truly is. In this, Visconti elects not to espouse his work with outspoken allegories and instead purposefully paints social situations with subtle, comedic strokes: tongue-in-cheek caricatures of the inelegance abounding high-society thanks to rules that, though largely unspoken, are carried out tacitly for the sole sake of cultural conservation. And bringing this full circle is Nino Rota's roborant score, which adds airs of grace to what would otherwise make for awkward exchanges. Though examples of such faux pas are plentiful, it isn't until the film's final act that the characters, namely prince Fabrizio, become conscious of it. In observing a gaggle of girls at an introductory ball, all of whom share similar nobility, he ponders the effectiveness of so much in-group breeding. "Not strengthening the stock," I believe, is how he words it. And he's right to realize this, as class-system segregation not only leads to problems on the Darwinian front (copulating cousins do not good descendents make), but it also ignores that individual human essences accord our collective whole. As such, Fabrizio has some pause in letting go of practices past, but inevitably comes to terms with the temporary timeline on which all things exist. And Visconti's vision of this non-exclusive form of enlightenment is a rather grand - perhaps more so in terms of practical scale than narrative scope - tableau of Italy's most tumultuous of times.

A fine layer of grain adorns another stunning Criterion Blu-ray image, an elegant elucidation of texture and depth that does justice to the commandingly chromatic imagery of DP Giuseppe Rotunno. Though the picture generally consists of natural tones, there exists a certain richness to the coloration that, even in the case of more Earthy hues, appear undeniably prismatic. A few scenes (for example, an early one that takes place inside a stagecoach) maintain a softer, less vibrant feel, but the overall consistency of this BD is above average, especially given this picture's particular datedness. In this, black levels, in most cases, still fashion a fair amount of detail without sacrificing contrast; other colors coincide well, as if all originating from the same pseudo-sentimentalist spectrum. Artifacts are minimal. Also resplendently restored is the uncompressed monaural soundtrack, which offers robust audial accompaniment to the film's already involving imagery. Another fine release for Criterion, who seem determined to outdo themselves, time and time again.